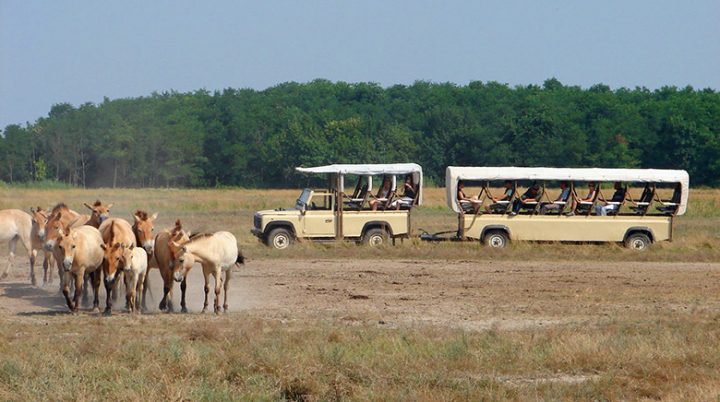 This is the place where everyone longs to find refuge from the monotony of modern human existence. The feeling of unfettered freedom, encapsulated in the spectacle of the endless horizon, mirages, grazing herds of cattle and horses, and sweep-pole wells, will capture your soul during a horse-and-carriage ride or “puszta” safari.

A nice trip to the fish ponds on the small narrow-gauge train, combined with some bird watching, will serve unique experiences to both young and older tourist-explorers. Here wafts of scent from undulating chamomile, mint and artemisia fields will gently touch your nose just like the waves of the ocean rhythmically splashing on the shore. It is a place where you will reinterpret the meaning of silence.

It is a place where you might even reach celestial bodies during the special night treks in Starry Sky Park. In Hungary’s oldest and largest national park, awarded the European Destinations of ExcelleNce (EDEN) prize, hundred-year-old herdsman’s traditions are still part of people’s means of subsistence and not mere promotional gimmicks.