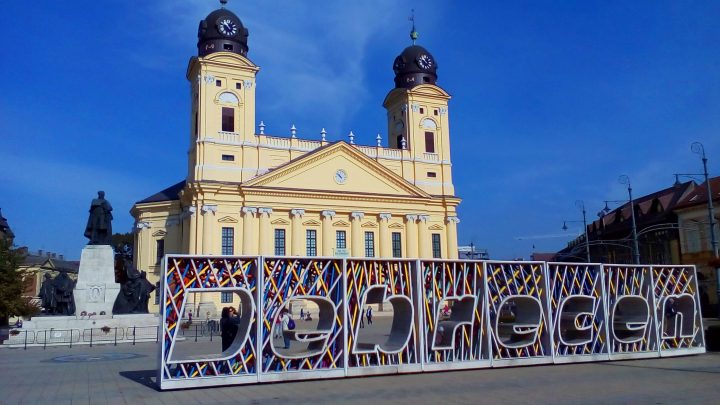 It is located east of Budapest, in the Northern Alföld, a region which, when it comes to geothermal resources, is Hungary’s richest.

A mere two-hour drive from the capital via the new motorway, it also boasts one of the country’s few international airports. Failing to explore Debrecen during your visit to Hungary is a heresy like failing to see the Vatican on a Roman holiday. The comparison is absolutely fitting, given that Debrecen is often dubbed the “Calvinist Rome,” thanks to the role it has played in the development of the Reformed faith. The city has served as the nation’s capital twice, in 1849 and at the turn 1944-45, respectively. Each time represented dramatic episodes of revolution and war, when the Reformed Big Church and the College became iconic venues of momentous historic occasions.

Today, Debrecen exudes the feel of a pleasant provincial town with its colorful piazzas and spacious parks. At the same time, it also serves as Eastern Hungary’s commercial, administrative, cultural, and educational center. The presence of several multinationals as well as the university, with a student population of 30 thousand, including thousands of overseas students, lends a cosmopolitan atmosphere to the city. This is further accentuated by international sporting and cultural events.

In addition to the internationally renowned annual Debrecen Flower Parade on August 20, the whole year is packed chock-full with boisterous festivals of cultural and gastronomic interest. However, the city is large enough to fully accommodate those who would rather get away from it all and find safe havens devoid of the noise of weekdays. The nation’s first designated conservation area, the Nagyerdő neighborhood, gives home to Aquaticum Health & Spa Center, which offers the healing power of thermal water as well as a wide range of recreational facilities. Debrecen is a place where state-of-the-art metropolitan facilities are in close proximity to the peace and serenity of nature.

The cozy downtown “hidey-holes” are supplemented with the unique natural beauty and excursion options of nearby Erdőspuszta and Hortobágy National Park, the latter only a half hour-drive from the city center. This cornucopia of leisure activities offers holiday experiences without compromise to tourists of any age group. Whatever your pick, you sure won’t forget your stay in Debrecen.